Manufacturing Engagement – Use mistakes as opportunities. 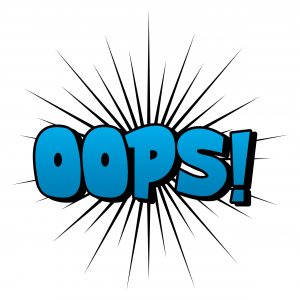 Create a safe environment for employees to admit when they’ve made an error.

There’s a story of an engineer back in the beginning days of IBM who made a mistake that cost the company a million dollars. The engineer came into Thomas Watson’s office knowing Watson was going to fire him. Instead, Mr. Watson asked him, “Why would I fire you? I just spent one million dollars educating you.” He never made that blunder again.

A Plant Manager made a mistake that almost cost the company their biggest buyer. After jumping through a lot of hoops, the manager saved the account, but it was a close call. Now she begins her staff meetings with “Who messed up worse than I did this week, and what did you learn from it?” By being vulnerable with her own slip-up, she creates a safe environment for her staff to let her know the real story – instead of hiding the truth out of fear of reprisal.

Learn from your mistakes – and move on.