The Greatest Danger in Life 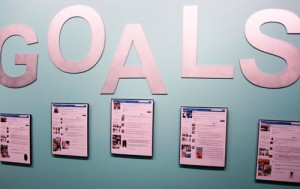 Think about the goals that you have set recently. Do you think those goals are attainable? If so, you may be setting the bar too low.

In his book, “The Science of Getting Rich,” Wallace Wattles shares the story of a student’s introduction to the law of attraction. He was told to get a clear picture in his mind of what he wanted and start believing he could have it. Being a reasonable man, he wanted a new rug and a stove for his modest home. He received both in a very short period of time and realized that he had not asked for enough. He then set about raising his expectations and was able to furnish his house to his fully desired state.

I know that there have been many times that I set a “reasonable” goal and then was disappointed that I didn’t reach higher. I think back to when I was in the corporate world.  Every time I was offered a reasonable starting salary, I never even tried to go for anything more. How much further ahead would I have been if I had at least asked? I had nothing to lose and yet I didn’t take the risk.

Today, get out your goal list, take a look at what you’ve written down.  Now double it. (Yes, I heard that gasp of breath.) Expect more of yourself and you may be surprised of how much more you can achieve then even you thought possible.

Reach for the stars; you may end up “just” hitting the moon.