Sometimes You Just Have To Laugh 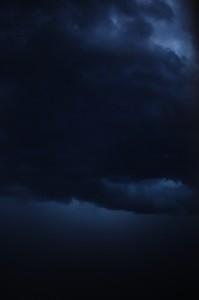 “Don’t cry because it’s over, smile because it happened.“  Dr. Seuss

On April 13th, 1996 Scott and I were married.  It was a magical day and brings back lots of great memories.  However, when I think back upon the events of April 12, 1996, I had a few choices to make – whether to laugh or cry at what transpired.

On the way to the rehearsal dinner, the sky turned a strange shade of green and tremendous winds gusted, tossing large objects across the freeway as if they were paper.  I didn’t think too much of it until I returned home that night and noticed a large tree sitting atop my sister’s car.  (If my other sister had not moved her truck at the last minute, she would have had a telephone pole sitting atop her vehicle.)

At approximately 4:00 am (T minus 9 hours until the ceremony), a large truck arrived on the scene. Its beeping awakened me from an already restless sleep.  A city worker climbed out of his truck and at the top of his voice bellowed, “WAKE UP EVERYBODY, IT’S HAMMER TIME!”  He then powered up his chainsaw and began to cut away the tree from Debbie’s car.  (Actually as he was hoisting a large part of the trunk off of her car, the chain broke and once again crashed down upon it.  Needless to say the car was totaled.)

I was sad for my sister because she HAD a nice car.  I was happy everyone was safe.  I was sad I didn’t get much sleep that night and yet VERY grateful for adrenaline.  It seems that everyone wedding day has to have some kind of saga to make it memorable – and mine certainly was no exception.

And when I think of the chainsaw guy, I still smile.  Which of your life’s “disasters” do you now find humorous?

Did I mention that my niece’s baby doll was in a car seat and the neighbors called 911 thinking it was a child?