Learning a Lesson in Loss 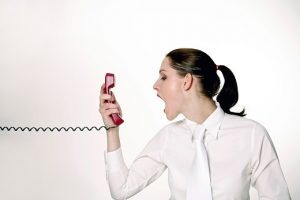 “The important thing is to learn a lesson every time you lose.” John McEnroe

After a two-week battle with the phone company over internet service they disconnected in error, I realized that I was not going to win the battle, nor the war.The only options I had were to either receive half the speed for twice the price or change carriers. I called a company that regularly advertised, but I wasn’t familiar with what they did.

Richard answered the phone and told me they offered ten times the speed I was getting for half the price.  Too good to be true?  I hesitated and said I would call back if I wanted to pursue it. After a few more minutes of maddeningly slow internet service, I made the decision to switch.  When I asked the rep when the service could be installed, he said, “How’s tomorrow?” Yea!

Eric arrived at my house right on time. He looked at the alternatives to installing the cable and found the best one. He answered my husband’s many questions over the phone. In the end, I had lighting fast internet and a local contact name and number.

The day after the service was connected, their customer service rep called to check in.  All I could say was, “I can see how you got your company name – Wow!  I’m very happy.”  She was delighted to receive such a positive response, and I was thrilled about the level of customer service I am receiving from a local company.

Change is not always easy, but when the time is right, the signs are loud and clear.  And yes, you usually end up with something much better than you expected. Is it time for you to make a change for something better?

PS – After going all the way to the office of the President at the phone company, I did get my bill issues resolved. It pays to be persistent.