And good neighbors make a huge difference in the quality of life. I agree 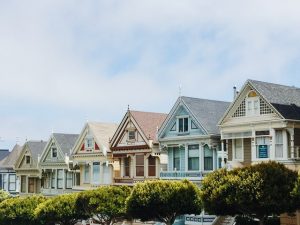 In 2007, there was a major falling out in our neighborhood. I won’t share the details, but it was bad enough that we did not speak for nine years. That’s a pretty healthy chunk of time when you’ve been in your house for twenty-three years.

In 2016, the neighbor and I bumped into each other at the grocery store. I had been thinking about him for a while and wanted to make amends, I just wasn’t sure how to do that. When I saw “Joe,” I said, “Can we be done with this?” He said “Yes, let’s” and the path back to friendship started.

Three years later, it’s as good as it’s ever been. Joe and his kids come over on a regular basis. We hang out together, watch movies on our “TV on a stick” outside, and laugh – a lot. It’s so nice to be friends again. We never went back and rehashed what happened. We didn’t need to. Going forward was enough.

If there’s someone who has been out of your life for a while, consider if forgiveness and renewed friendship is an option. I’m certainly glad it was for us!