Why You Need a Sense of Humor? 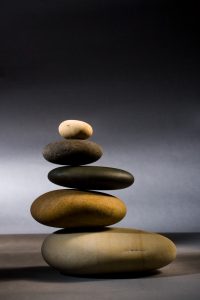 “A person without a sense of humor is like a wagon without springs. It’s jolted by every pebble on the road.” Henry Ward Beecher

While conducting a public speaking training class for high school students, I asked them to share examples of things that can go wrong during a speech.  Phrases including “forgetting your lines,” “tripping on stage,” and “Power Point doesn’t work” were hastily written on cue cards and the students held them up so we could explore which situations were in our control and which were not.

Later in the program, when the students were sharing their stories, one of the boys asked if he could reveal something that was “a little more PG rated.”  I hesitated, as I didn’t want to get myself or the student in trouble with the faculty.  After he assured me it “wasn’t that bad” I allowed him to go ahead.  He held up the sign that I had written for him with a very unintentional abbreviation on it.  Instead of writing out “Power Point doesn’t work,” I unwittingly scribbled, “PP doesn’t work.”  Needless to say, my face was about as red as my hair.  After the raucous laughter simmered down, we continued with the session.

I could have prevented the kid from sharing, thereby missing a good joke or let my embarrassment take away from the situation or even gotten mad or offended.   Instead this was given as a perfect example of what can happen during a speech – you just never know.

How do you handle it when the joke is on you?  Make a point to lighten up and laugh along with the group.  Laughter is good for the soul and we don’t do it nearly as often as we could (and should!)

PS – Don’t take yourself so seriously, no one else does.

PS – If you’re serious about better public speaking, why not get “From Afraid to Speak to Paid to Speak?”  It’s now available on Kindle.