When you’re happy you find pure joy in your life. 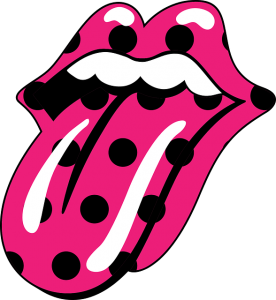 In June of 2019, Scott and I got to do something we’ve never done before – we saw the Rolling Stones in Chicago. Lots of “firsts” – first time seeing the Stones, first time traveling out of town specifically for a concert, and for Scott – it was his first stadium concert. It was so worth it!

Fun fact: At the time we saw them, the four members of the Rolling Stones had a combined age of 300. You read that right – 300. Mick and Keith were 75, Charlie was 78, and Ronny was the “youngster” at a mere 72 years of age. These guys don’t need to tour as often as they do. They probably don’t need the money. What’s apparent is that it is pure joy for them when they take the stage.

You’d never believe that a guy could move like that two months after heart valve surgery. Mick did. The song “Move Like Jagger” kept going through my head because NO ONE can move like that and get away with it! Mick can. Even Charlie Watts had a moment where he grinned. It was magical!

You may or may not like the Stones. But if you put as much joy into what you do for a living as Mick does, there’s no way you can fail. So, let me ask you – Do you?