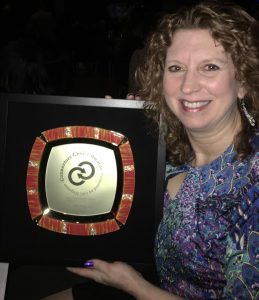 “Guard well within yourself that treasure, kindness.  Know how to give without hesitation, how to lose without regret, how to acquire without meanness.” George Sand

Did you ever want something so bad you could taste it?  You worked hard, saw yourself winning, and smelled your imminent victory?  What happens when life doesn’t go according to your plan?

I was a finalist for “Keynote Speaker of the Year.”  This was an award that several of my friends had won and I believed that it was my year to win it.  I did everything ‘right’ – I visualized the positive outcome, had the perfect outfit picked out, and had memorized my acceptance speech.  When the envelope was opened and the winner was not me, frankly, I wanted to curl up and die.  I was embarrassed and extremely disappointed.

However, I soon realized that my friends and family did not love me or respect me any less because I had not won.  When I thought about what happened, I realized that the outcome was perfect after all.  The woman who won had her 1102-year-oldaunt in the audience – the same aunt that inspired her as a kid to become a speaker.  I enjoyed a delightful dinner amongst friends.  And the satisfaction was even more complete a couple days later when I watched the Oscars and Meryl Streep didn’t win either. 🙂

When we really want something, oftentimes it’s not that the answer is ‘no,’ it may just be ‘not now.’  If you’ve suffered a disappointment lately, figure out one thing that’s good about it.  It takes practice – it’s not easy at first.  Keep it up.  Then, when you do achieve your goal, your victory will be that much sweeter!
PS – Two years later, it was my time to win. Sometimes the best things just take a little time – and it was very sweet!