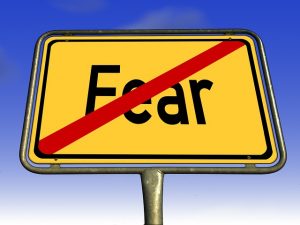 After six months of fighting her illness, my mother-in-law was losing her battle with pancreatic cancer.  She began to decline quickly right before I was leaving for three speaking engagements in three different states. After talking to my husband and the hospice nurse, she had enough time so I attended the first event.

Soon after I returned home, Scott’s mother had lapsed into a coma. He asked me to cancel the other two events.  (Thankfully, I had already told my clients about my situation and that they might need a “Plan B” for my session.) When I told them I was unable to come, they were not only understanding, but they rescheduled my programs for a later date.

Here’s my confession:  I did not want to cancel.  I was afraid of destroying my reputation and angering my clients. I found myself whining to my friend about the unfairness of it all and I didn’t like the fact that everything was happening during this particular week. However, I knew that canceling the events was the right thing for me to do.

The funny thing is that those days of crisis and sorrow were among the most bittersweet of our family’s relationship. Being with relatives, comforting each other, and supporting my husband turned out to be more important than any speech I would have given. I am so thankful that I left the fear and anger behind and did what was right, for many good things did come out of this difficult situation.