Engage! Three Strategies to Keep Your Top Talent from Becoming Someone Else’s 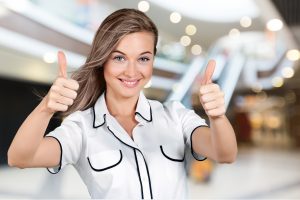 If you have had more than two jobs in your career, you have probably had several bosses to go along with those positions.  Most manager personalities can be broken down into three categories. I like to call them my “A-Team” because they all begin with a letter A.

The first type of boss is the awesome boss.  When you think about your favorite boss of all time, what characteristics does that person possesses?  Some common traits include “trustworthy,” “has my back,” “challenges me,” “approachable,” and “fun to be around.”

The second kind of boss is the average boss.  For this boss, you probably worked hard enough so that you didn’t get fired, and you were probably paid precisely enough so you did not quit.  This type of boss is neither inspirational or offensive.  He or she did not really make a positive or negative difference in your career.

The third type of boss is, of course, the awful boss.  Words that describe this person often include “plays favorites,” “unfair,” “backstabber,” “takes all the credit,” – you get the picture.

Using the following techniques will help you to become the “awesome” boss that you would have liked to report to you in your career.

Here are three ways you can create a culture of appreciation in your workplace.

Build trust.  Trust is the foundation on which you build your culture.  If there is no trust, nothing else matters.  Your company culture took a long place to get to the point that it is right now, and it’s not going to change overnight.  What often happens to leaders is that they suffer from a condition called BSO – Bright Shiny Object Syndrome. After attending a seminar, conference, or industry event, they discover “the next big idea” to increase engagement.  Managers then excitedly implement these new strategies, but when they don’t see immediate results, they discontinue the program.

One frequently used example is implementing “Lunch and Learns” for the professional development of your team. Don’t get me wrong, having Lunch and Learns is a terrific idea.  You have people from your organization gathered together, learning new ideas, and having the same conversation.  After the program, they can help and support each other in taking action.  Terrific, right?

Unfortunately, here’s what happens instead.  The idea of a Lunch and Learn is proposed, and the person in charge gets really excited about the big event.  Managers promote the event. They post fliers everywhere. They splurge for lunch or snacks for the session, and they may even bring in an outside trainer.  The big day arrives, and only three people show up, instead of the 42 they were counting on to “make it worth their while.”  The person in charge figures, “Well that didn’t work.  We’re not going to do that again.”

Because employees are used to managers chasing BSO’s, they know that it only takes a few weeks for things to go back to “normal.” Employees won’t trust you until they see consistency in your actions.

Trust takes a long time to build, and it can be erased in a moment.  The deadly eye roll, the lack of follow-through, and not setting the example that you want to see within the organization are all things that destroy trust.  When you, as a leader, commit to making a change no matter how long it takes, you are well on your way to creating a culture of trust.

Invest in training.  Help your employees become better tomorrow than they are today.  This means investing in their personal and professional development.  Out of all the attributes that potential employees are looking for in their next job, one of the most important is the opportunity to grow and develop.  Some managers feel that spending money on training is a waste of resources.  Those managers may say, “Why should we spend money to train our employees, they’re just going to take what they learn and leave anyway.” And, while in a few cases that is true, here is a little food for thought.  What if you don’t train them, and they stay?  What you’ll find is that when you invest in your employees, they will work harder for you.

While speaking at a conference, I asked the participants what they did to invest in their employees.  One woman shared that they get each employee 2500 dollars per year to invest in their own personal and professional development.  There was a collective gasp in the room, as several people blurted out, “I have way too many employees to be able to spend that kind of money in training.  We’d go broke if we did that.” So I asked her, “What percentage of your employees take you up on this generous offer?” and she responded, “About 3 to 5% of them.” These are the percentages that are mentioned just about every time I ask the question, so you don’ t have a lot of risk. The good news is that those employees who do take advantage of your financial support for education-those are the ones to watch.  Those people are your future leaders.

When trying to figure out the best ways to invest in your employees, you may directly ask them what they would like to see in that training or professional development program.  You’ll also want to change the conversation when it comes to training.  Most employees, who are being “sent” to training, look at it as punishment.  If instead, you let that employee know that you see something in them and would like to help them expand and grow their capabilities to help them grow both personally and professionally, you have a better chance of that employee taking full advantage of the educational program to which you are sending them.

Acknowledge positive action.  Catch your employees in the act of doing things well.  In other words, find ways to acknowledge, appreciate, and applaud the efforts of your team members.  Mother Teresa once said, “We are more starved for appreciation than we are for bread.” Showing appreciation is just as valid at work as it is at home.

Research by Marcial Losado finds that high performing teams work with a 6 to 1 positivity ratio.  This statistic means that for every one negative comment that employees hear, they hear at least six positive reactions.  These opinions are not necessarily, “Yea! Everything that you do is perfect,” but rather, “That’s a good start of an idea, let’s see how we can build it from here.” It’s respectful communication.  In an average performing team, there is a 3 to 1 positivity ratio.  At this point, the company is barely surviving.  Employees are doing just enough work so that they do not get fired, and the company is probably paying them just enough so that they do not quit.  It’s an even balance.  Finally, on a low performing team, there is a .3 to 1 positivity ratio.  People on a low performing team are hearing three times more negative remarks than they are positive comments.  It’s almost like the old saying, “The beatings will continue until morale improves.” That doesn’t work.

Stop trying to always fix what’s broken and instead, acknowledge what’s working.  What gets recognized gets repeated, so if you want your employees to behave productively, let them know you notice their good work. The chances are good that they will like the positive feedback and will look for ways to get more of that.

When you give positive feedback, don’t just say, “Great job!” Be specific so they know that you were paying attention to them.  Look for ways to recognize your employees in the way that they like to be recognized.  Some of your employees will love public applause, while others will hate it.  Maybe for those more reserved employees, you’ll set up a one-to-one conversation with them.  Written notes are also a terrific way to connect.  When you tell someone you appreciate them you create a wonderful memory, when you write it down, you create a treasure.  A well placed a Post-It notes can make all the difference in someone’s day.

To get started, sit down with your leadership team and determine the type of culture that you want to create.  Don’t focus on the things that you “should” do, but rather the unique things that make your workplace a great place to work.  And then, choose one or two of the top ideas that you will commit to doing over the long term.  Then do it.

Lisa Ryan helps organizations who want to keep their top talent from becoming someone else’s. She is the Founder of Grategy and is an award-winning speaker and best-selling author of ten books, including “Manufacturing Engagement: 98 Proven Strategies to Attract and Retain Your Industry’s Top Talent.” Learn more at www.LisaRyanSpeaks.com