If I hurt someone in this life, I’ll have to relive it to make amends. 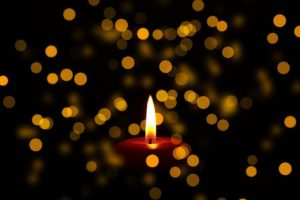 “Although we are physically laid to rest, we meet again and again to make amends. If I hurt someone in this life, I’ll have to relive it to make amends. It helps you realize that by hurting someone, you are actually hurting yourself.” Shari Arison

I read the obituary of a friend’s father who had passed away. I noticed that one of my friend’s brothers was not mentioned in the obit. When I asked a friend who knew the family about the omission, she said, “They had a falling out years ago, and have not talked since.” (I couldn’t ask my friend, as he is also deceased.)

Her reply broke my heart.

I don’t pretend to know what happened or why the argument caused such a huge rift between a once-loving father and son. And yes, there are things that go on between people that may be unforgivable. Yet now, the only thing that’s left for the surviving son is the possible regret of never being able to say the words needed to heal the relationship with his dad.

If there’s someone in your life with whom you’ve had a falling out, is it worth it to ask yourself, “Did that really matter? If this person was gone tomorrow, would I regret not having a conversation with them?”

Forgiveness is more for you than for the other person. Just like the quote above says, when you don’t make amends, you’re actually hurting yourself.

Pick up the phone, make the call. Don’t leave yourself open to regret.